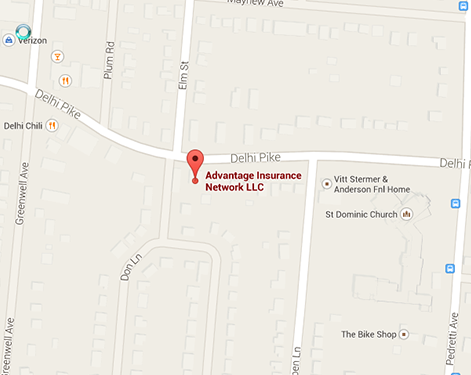 Any driver can have an accident regardless of their experience, but new drivers are at greater risk. Teens have the highest incidences of crashes and motor vehicle fatalities on the road. Advantage Insurance Network in Cincinnati, OH would like to share their advice on exposing risks to new drivers because your insurance rates can be affected by reckless teen drivers.

Teens are more likely to disobey the speed limit. They do not seem to recognize the dangers that are involved when you are speeding. Following too closely behind, or tailgating is another dangerous situation that could cause an accident.

Distractions While On the Road

Cell phones should not be used by anyone while they are driving. Because new drivers have less experience handling difficult traffic situations, texting could easily interfere with their focus on the road.

Friends in the vehicle make it a lot more difficult for a teenager to pay attention to what is in front of them. Teens are more prone to engage in risky driving behaviors when they are other teenagers in the car.

Intoxicated teen drivers have a greater chance of becoming involved in a fatality than an adult. According to the CDC, in 2010, 1 in 5 teenagers that were killed in a car crash had some alcohol in their system. Alcohol greatly impairs your perception, reaction time, and judgment.

Even though seatbelts have proven to save lives, new drivers tend not to wear them. They may feel the belt is unnecessary or uncomfortable. Passengers of teen drivers are also less likely to wear a seatbelt.

Advantage Insurance Network in Cincinnati, OH wants to keep new drivers safe while on the road. Having the appropriate kind of insurance can help protect you if you are involved in an auto accident.